The next Prime Minister of the UK

In the 2014 Scottish Independence referendum the question was the most binary possible - 'Should Scotland be an independent country? Yes or No." 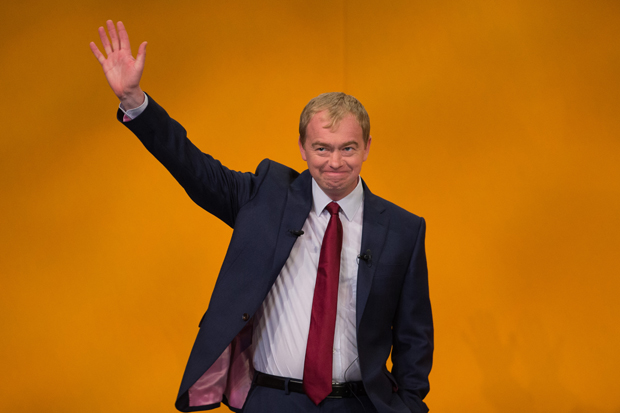 The Yes side, fronted by the Scottish National Party lost the referendum of course, 55% to 45%. At the time the SNP had 6 out of the 59 MPs who represent Scottish constituencies at Westminster. The SNP had almost always underperformed in Westminster elections, partly because the first past the post system worked against them, and partly because voters saw sending SNP MPs to London as pointless when the government would certainly be a Labour or Conservative one.

The general election of 2015 turned this completely on its head. 50% of the electorate voted for them, largely reflecting the vote in the referendum - as Alex Massie had written beforehand, "if you voted Yes, why would you vote for anyone other than the SNP". Under a proportional voting system they should have gained some 30 MPs, an astonishing result, but under first past the post the SNP took almost every seat in Scotland, 56 of 59. They didn't need 50% in every constituency to do this, they won some seats with much less because the non-SNP vote was split at least 3 ways amongst the Conservatives, Labour and the Lib Dems.

So the election was an unprecedented near whitewash for a party which had previously been 3rd, with a measly handful of seats.

So here's a thought experiment - could anything similar occur following the EU referendum?

48% of the UK electorate voted to remain in the EU. The country is currently in chaos, the Prime Minister has resigned, the official opposition is falling to pieces, nobody seems to have a plan on the way forward, banks and other businesses are talking about moving out of the UK, the Pound had fallen along with the stock market, the EU is making noises about a 'non-amicable' split and there are reports of a rise in racist incidents.

Those who played big parts in the Leave campaign seem shellshocked at their victory. They're at pains to say nothing's going to change for ages and ages, saying the application to withdraw from the EU is months or years away. There are numerous anecdotes of Leave voters regretting their decision in the face of the upheaval. But the vote has been made and counted, and there's no way back.

But here's an interesting thing. Ignored by almost all news outlets, understandably due to everything else going on, Willie Rennie of the Scottish Lib Dems has said this:

"Last week, before the result, Tim Farron and I agreed that we would pursue re-entry to the European Union if there was a leave vote."

This is potentially astonishing - what can it mean in the current climate? Will they wait until we're out and then campaign for us to join again, a process one would think the EU would take some convincing over, and one which would surely lose the UK's opt-outs and rebate.

Or would the Lib Dems ignore the referendum result and oppose the UK submitting the Article 50 application which would start the process of UK exit?

"What does it matter?", you might ask. The Lib Dems are reduced to a paltry 8 of the 650 MPs at Westminster. Whatever they do is irrelevant.

The Conservative party needs a new leader - David Cameron has said he will not commence the exit process but will leave it to his successor. Many commentators consider it likely that the successor will wish to gain their own mandate. Labour's current meltdown is due in part to MPs trying to ensure that they are an electable force should there be a snap election. November of this year has been mooted.

So, suppose that happens, and suppose that unlike the Conservatives and Labour, the Lib Dems stand on a clear commitment to stay in the EU and ignore the recent referendum result? And suppose that a very large percentage of those 48% who voted to Remain are motivated by the mess the UK is in to support any way of avoiding Brexit? And as with the SNP in Scotland, the non-LibDem vote is split in each constituency between the Conservatives, UKIP and Labour. Could the Lib Dems sweep the country winning a majority?

It seems crazy, but if you'd suggested in 2010 that the SNP would have 56 MPs by 2015 you'd have been given care in the community cover.

So, unlikely as it seems, I present the next Prime Minister of the United Kingdom, Mr Tim Farron.