Maybe I've misunderstood this. Better Together produced an article today criticising the SNP's maths ( archive ). It was based around the following graphic. 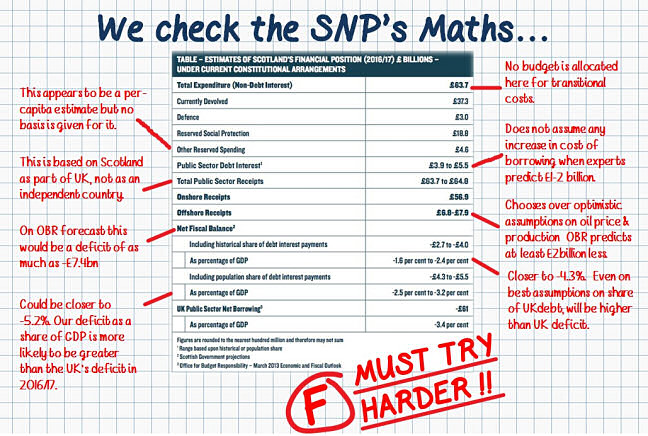 All the red handwriting points out lots of errors in terms of what they say are the costs of independence. For instance:

No budget is allocated here for transitional costs

Seems to me there's a problem though - it's in the title of the table they've screenshotted from the white paper.

Maybe I've got this wrong, but I thought our Current Constitutional Arrangements were being part of the UK?

They seem to have taken a table showing the forecasts for finances if we stay in the UK and annotated it as if it shows the finances if we are independent . No doubt they'll correct me if I'm wrong.

I'd say they "must try harder" but I've a feeling they're already trying as hard as they can.